What Next for the G20? Hangzhou to Hamburg and Beyond

The Group of Twenty (G20) has received poor reviews in recent years, so expert reactions to the Hangzhou G20 Summit of September 4-5, 2016 were hardly surprising. Several published commentaries gave negative assessments, summarized well by Tristram Sainsbury. Next year I will participate in a conference panel called “The G20’s Mid-life Crisis,” which neatly reflects the prevailing belief that the forum is not living up to earlier hopes.

The principal reason for such skepticism is the G20’s failure to increase the rate of global economic growth. The Hangzhou summit has been written off by critics as another missed opportunity, further evidence the forum has become a talking shop that cannot act on key global economic challenges. Despite repeated G20 pledges to raise growth, including its Brisbane summit agreement in 2014 to boost collective output by 2 percent above then International Monetary Fund (IMF) forecasts for 2018, the IMF continues to downgrade its quarterly predictions on economic growth. 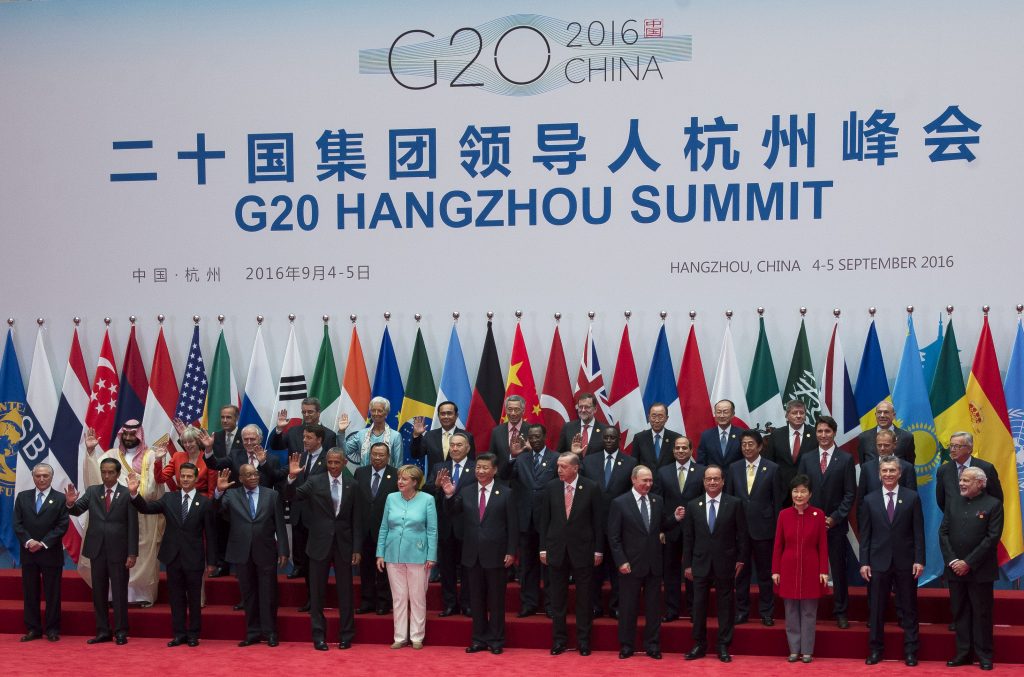 This inability to provide clear solutions to persistently low growth overshadowed other aspects of the Hangzhou G20 agenda, along with perceived diplomatic slights and minor incidents that received considerable media attention. The positives from the summit included a wide range of commitments, outlined in the leaders’ communiqué, comprising what John Kirton noted was the core emphasis on economic issues of international trade, investment, and innovation, in addition to other areas such as sustainable development. There was a new strategy for achieving “an innovative, invigorated, interconnected and inclusive world economy,” ambitiously labeled the ‘Hangzhou Consensus’. The latter constitutes an interesting set of proposals, which could facilitate more effective economic cooperation during future G20 presidencies, starting with Germany in 2017.

The Chinese G20 presidency was deemed, at best, a partial success. A lack of substantive new policies, especially on sustainable economic growth, added to other concerns over the failure to eliminate fossil-fuel subsidies and the rise of trade protectionism in some G20 members. Unresolved security issues also dampened the mood, including the conflicts in Syria and Ukraine, plus Chinese territorial disputes with some of its neighbors over islands in the South and East China seas. The constructive approach to their G20 presidency from Chinese President Xi Jinping and his government was encouraging, further enhancing their influence in contemporary global governance. In addition, on the eve of the summit, the coordinated announcement by the American and Chinese governments that they were adopting the UNFCCC Paris climate agreement significantly boosted prospects for its activation conditions to be met. This further indicates the importance of G20 summits in providing opportunities for successful side deals, aside from the formal focal points. More disappointing was the reduced emphasis on improving implementation of summit pledges, compared with last year’s Turkish G20 presidency, for example through compliance monitoring. This left some analysts even more skeptical about the likelihood of achieving the goals expressed at Hangzhou.

A few weeks after the Hangzhou summit, waiting for the rotating G20 presidency to pass to the German government in December, this is a convenient moment to reflect on the forum’s role in global governance and international relations. The G20 remains important for international politics, despite concerns over failures to implement agreements. Analysts and officials continue to debate whether the G20’s policy agenda should be narrower, for efficiency purposes, especially by focusing on core economic issues; or whether it could only maintain legitimacy by continuing to deliberate on wider issues, often more important to developing states. The broad-agenda approach has been predominant since Mexico’s 2012 G20 presidency, notwithstanding the Australian presidency’s attempts to narrow it. The German government might try to refocus on the core economic themes, but will likely also emphasize international migration issues.

There are concerns that the G20’s ‘sustainable and inclusive growth’ agenda could be deferred again in 2017, considering the reluctance of Angela Merkel’s government to contemplate expansionary fiscal strategies. However, the G20’s rhetorical shift this year to combining “fiscal, monetary and structural policies” to achieve economic growth could provide more scope for collective action to advance the Brisbane growth objective. At the very least, it might help soften the divide between fiscal-stimulus and austerity advocates.

The decision of all G20 leaders to attend the Hangzhou summit indicates the forum’s importance. The G20 has become influential and authoritative in international politics, due to its achievements to date and the strategic significance of its membership, which accounts for around 85 percent of global economic production, 80 percent of trade, and two-thirds of the world’s population. Many officials and politicians share a sense of pragmatism about the mutual benefits of G20 cooperation. As I note in my recent book on the G20, members’ diplomatic emphasis on the forum would likely make it the obvious focus for future cooperation on globally-significant financial crises.

Each G20 presidency involves the stewardship of the forum, keeping it in good working order to be prepared for contingencies, in addition to advancing short- and medium- term policy goals. Recent economic and political uncertainty, indicated by the surprise ‘Brexit’ referendum result, the failed coup in Turkey, and unpredictable domestic and international effects of the U.S. general election in November, increases the importance of the G20 for maintaining diplomatic relations and cooperation between its members and stakeholders. At its best, the forum provides greater stability in a volatile world. The evidence of growing political discontent in many societies, particularly due to the weak global recovery from the 2008-09 financial crisis, should spur the G20 to take concerted action to achieve improved, sustainable, and inclusive economic growth in 2017.

The G20 has faced substantial tests since the global financial crisis, which former UK prime minister David Cameron dubbed its “heroic phase.” The transition from international crisis committee to steering committee has not been easy, though the G20 has become an important hub for global governance networks, in key policy areas such as international finance and sustainable development. The forum has contributed significantly to the recent trend for decentralizing global governance, including by incorporating its developing-state members in key international financial institutions and informal fora, such as the Financial Stability Board and the Basel Committee on Banking Supervision. This integration of actors from leading developing states in the main centers of global economic governance, alongside western policy élites, might prove to be one of the G20’s most important long-term effects. It could potentially enhance multilateral cooperation on the complex policy challenges of the twenty-first century.

Jonathan Luckhurst is Associate Professor at Soko University in Tokyo, and a member of Mexico’s National System of Researchers (SNI). He is a British academic with a PhD from the University of Essex in the United Kingdom. His research focuses on aspects of international relations and global economic governance, including his recent books, G20 Since the Global Crisis (Palgrave Macmillan, 2016), and The Shifting Global Economic Architecture: Decentralizing Authority in Contemporary Global Governance (Palgrave Macmillan, 2017). Follow him on Twitter @JonLuckhurst.