The Hamburg G20 Summit reaffirmed the decentralizing authority in global economic governance. Echoing aspects of the May 2017 Taormina G7 Summit, it further indicated the recent ‘G6/19 + 1’ dynamic in informal global governance. Nearly a year since my earlier piece here on the G20, it seems a lot has changed in world politics. There are deep concerns about the prospects for the G20 and multilateral cooperation, especially on climate change, trade, and economic growth. 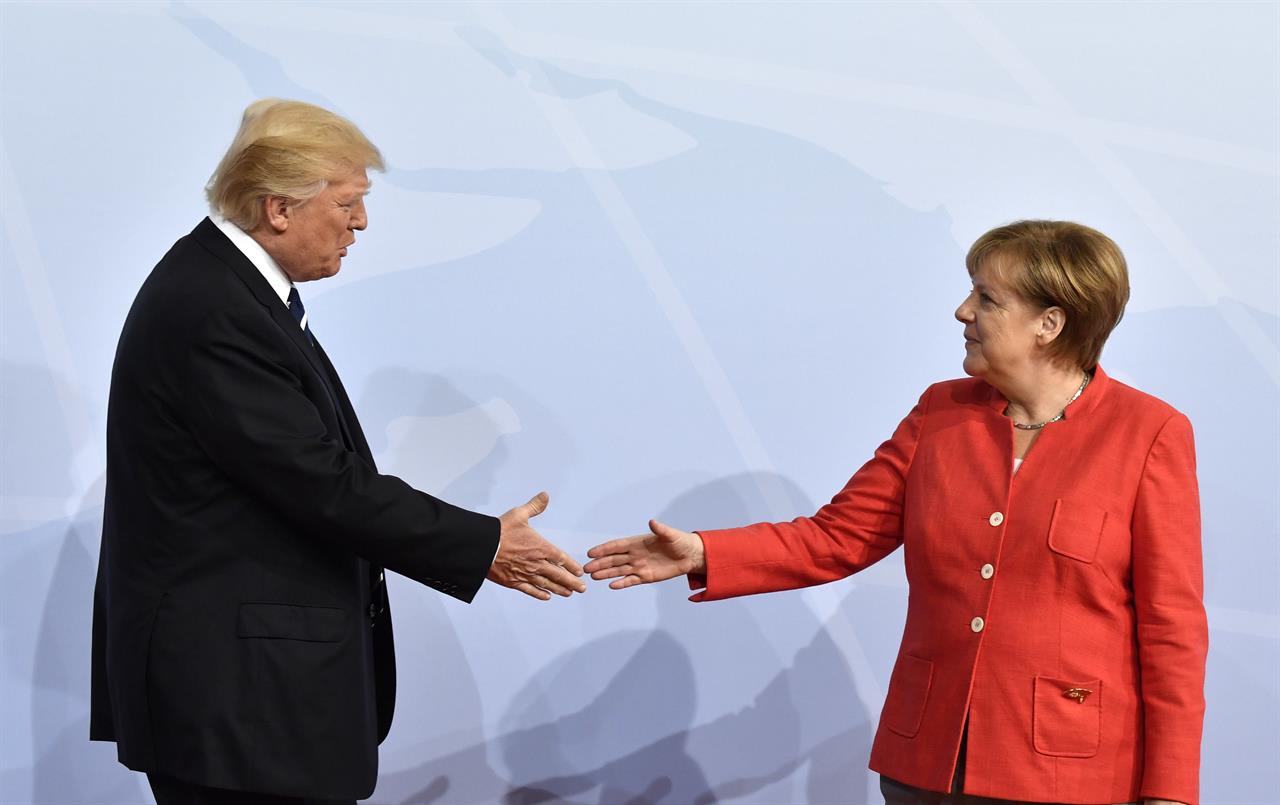 Results of the Hamburg Summit, outlined in the Leaders’ Declaration, were in line with expectations. As with the recent G7 summit, the U.S. was omitted from the ‘G19’ clause supporting the UNFCCC Paris climate agreement; while rhetorical finesse enabled the entire group to agree on broad trade norms, combining concerns about protectionism with Trump Administration priorities on ‘fair’ trade. Another key focus was the German G20 Presidency’s “Compact with Africa” initiative, a strategy for enhancing investment in the continent.

The new U.S. government has diverged from multilateral norms on climate change and trade, but more optimistically, the other G20 members have maintained their commitments and cooperation on these issues. Contrary to the notion of a ‘G-zero’ power-vacuum, the authoritative actors in global economic governance are increasing, as argued in my forthcoming book for Palgrave Macmillan, The Shifting Global Economic Architecture: Decentralizing Authority in Contemporary Global Governance. The protests in Hamburg were reminiscent of scenes during earlier G20 summits, such as London in 2009 and Toronto in 2010. They indicate the depth of civil society anxieties about current international political circumstances.

Global ‘leadership’ has become a common theme in recent commentary on multilateralism and global governance. Critics argue the Trump Administration has reduced American influence, or ‘soft power’, in international relations. This has involved damaging policy disputes over climate change and trade, leaving the U.S. globally isolated on the former, while clashing with several G20 member states on the latter. This has included some prominent diplomatic disputes, especially with German Chancellor Angela Merkel and her government. In response to these circumstances, Chancellor Merkel made an important recent statement, when she asserted, “We Europeans truly have to take our fate into our own hands,” implying the EU could no longer depend on the Americans to be a close partner, or the British for that matter. Several commentators have contrasted Chinese and German multilateral leadership with the apparent disengagement of the Trump Administration. Chinese President Xi Jinping’s speech at the World Economic Forum in Davos, in January 2017, when he reiterated China’s commitment to the Paris climate agreement and an open international economy, gained similar international attention to Merkel’s recent speech. One could argue that talk of a ‘G2’ today could be more applicable to Sino–German global leadership, rather than including the U.S.

This notion of a ‘G2’ never accurately reflected the complexity of multilateral relations since the global financial crisis. Decentralizing authority is extending the diversity of authoritative actors in the global economic architecture. The Chinese, through the Asian Infrastructure Investment Bank and their ‘Belt and Road Initiative’ in Asia, have substantial influence on Asian regional development financing. The BRICS states also have augmented mutual forms of financial and development cooperation, through the New Development Bank and the Contingent Reserve Arrangement. Rather than indicating fragmentation of global economic governance, Eric Helleiner argues these have constituted forms of “cooperative decentralization,” particularly through cooperation with the Bretton Woods institutions. Moreover, evidence from the G7 and G20 indicates divisions on global economic governance do not conform to a simple ‘Global South’ versus ‘Global North’ pattern.

Several leading non-western states, especially in the Asia-Pacific region as well as the BRICS, have gained greater authority in global economic and development governance. The Chinese, Japanese, and South Korean governments have become highly authoritative and influential on aspects of global development governance. U.S. multilateral trade leadership, by contrast, has declined following President Trump’s withdrawal from the Trans-Pacific Partnership. This was brought further into contrast by the announcement of the new EU–Japan free-trade agreement, on the eve of the Hamburg Summit.

My recent article for the journal Global Summitry, “The G20’s Growing Political and Economic Challenges,” argues one policy area where the G20 has consistently under-performed since the 2008-09 global financial crisis is on global economic growth. A few months ago, EU finance ministers collectively admitted that the Brisbane G20 Summit’s growth targets for 2018 would not be achieved. Chancellor Merkel recently asserted that inclusive and sustainable global economic growth should be a priority for the G20, but there has been insufficient progress on this objective. The protests at Hamburg arguably were, at least partly, a reflection of this failure. The previous Hangzhou Summit’s commitment to combining “fiscal, monetary and structural policies” to achieve economic growth has not yet constituted an effective G20 strategy, one capable of overcoming the divisions of the ‘austerity versus fiscal stimulus’ debate. Chancellor Merkel’s government continues to be widely criticized for inaction on Germany’s substantial current-account surplus, which exacerbates Eurozone and global economic imbalances. There could be significant positive spillover effects on EU and global growth were the Germans to introduce growth-boosting domestic policies. 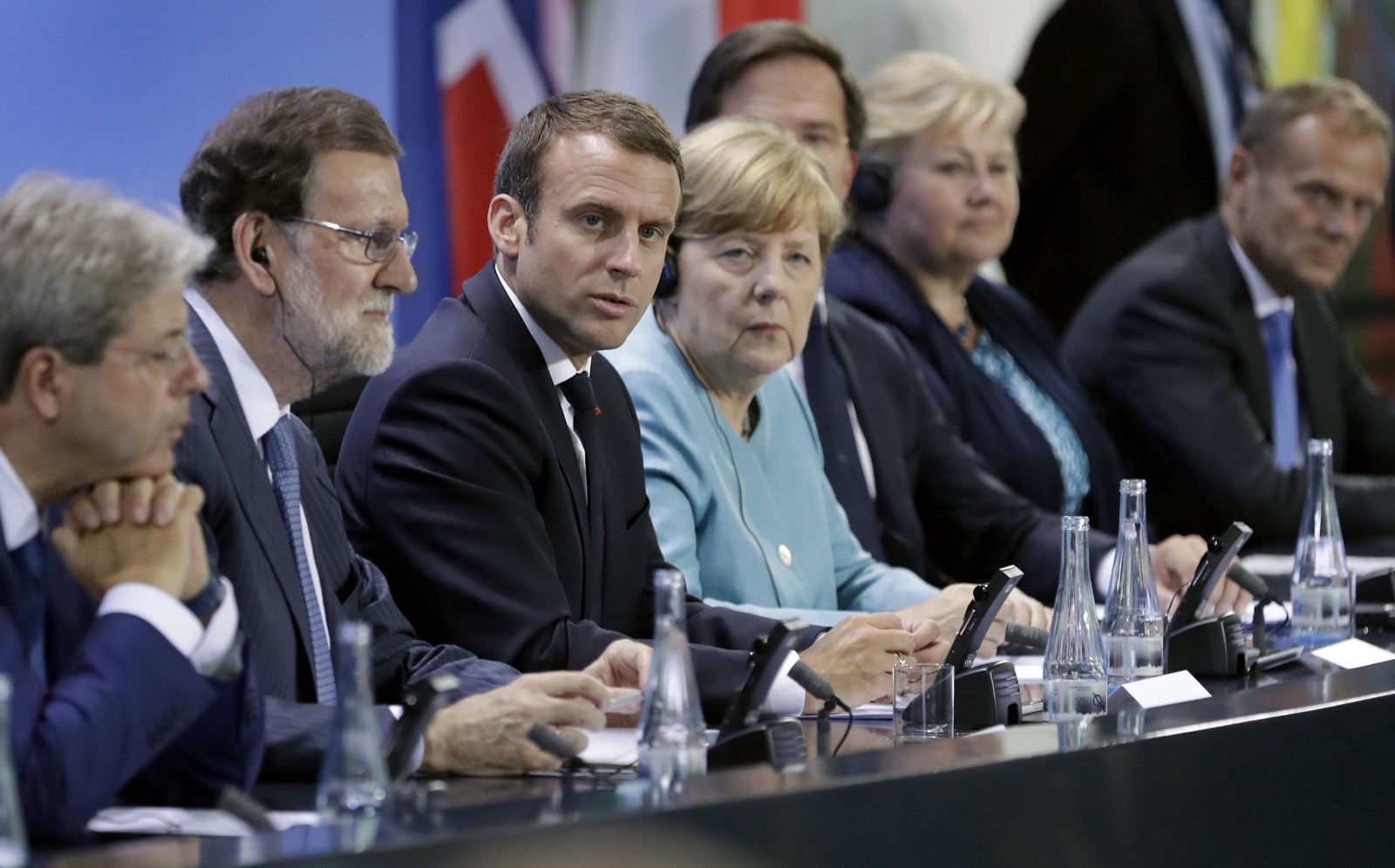 The G20 held its first summit in November 2008, during the global financial crisis. At its third summit, held in Pittsburgh in September 2009, members endorsed the G20 as their “premier forum” for economic cooperation. Despite recent setbacks on key aspects of its agenda, especially sustainable and inclusive economic growth, trade, climate change, and the stalled phase-out of fossil-fuel subsidies, a diversity of issues are addressed by the G20. This includes global financial regulation, economic growth, sustainable development, anti-corruption measures, employment, infrastructure investment, tax avoidance, women’s rights, and several other key policy areas.

Some argue that this diverse agenda is part of the problem, that it reduces the efficiency of the G20. Others point to the benefits for legitimacy, in the sense of addressing concerns of the wider G20 membership. This is another consequence of the decentralizing authority in global economic governance. It was the non-G7 member states, namely the Korean G20 Presidency, the Mexican G20 Presidency, Russian G20 Presidency, Turkish G20 Presidency, and Chinese G20 Presidency, that established this broader agenda, to meet their own policy priorities, rather than just the financial reform and economic growth concerns of the G7 states. This has arguably transformed the G20 into a more expansive ‘steering committee’ on global policy issues, with incremental progress on some key areas.

Heightened global political and economic uncertainty, increased by the UK’s ‘Brexit’ referendum and the 2016 U.S. presidential election, both often perceived as part of a rightwing populist wave, indicates significant challenges. Contrary to those who lament the declining American or ‘western’ leadership in the twenty-first century, I believe decentralizing authority in the global economic architecture could have important benefits. The growing integration of leading developing states, plus the G20’s outreach-engagement with non-state and civil society actors, could increase the perceived legitimacy of global economic governance. It might also help avoid the kind of ‘groupthink’, or ‘regulatory capture’, that led to the failures in financial-sector and development governance of the 1990s and early 2000s.

The greater strategic resources available to the G20, as opposed to the smaller G7, proved useful during the global financial crisis. The Chinese and other developing states contributed, substantially, to the London G20 Summit’s coordinated global fiscal-stimulus strategy and increased funding for international financial institutions. Aside from these financial contributions, the political benefits of the expanded leadership are important. The majority of this broader group of authoritative actors continue to cooperate on the multilateral agenda, including through the G20, despite the apparent reluctance from some of the traditional leaders of postwar multilateralism.

Jonathan Luckhurst is Associate Professor at Soko University in Tokyo, and a member of Mexico’s National System of Researchers (SNI). He is a British academic with a PhD from the University of Essex in the United Kingdom. His research focuses on aspects of international relations and global economic governance, including his recent books, G20 Since the Global Crisis (Palgrave Macmillan, 2016), and The Shifting Global Economic Architecture: Decentralizing Authority in Contemporary Global Governance (Palgrave Macmillan, 2017). Follow him on Twitter @JonLuckhurst.