Brazil’s Political Crisis: the Bright Side

Out of all emerging countries, Brazil is the one which has probably had the roughest time in 2016. There is little question that the country is living a deep political crisis. In the last six months, the list of scandals, surprises, and downfalls seems to have been updated on a daily basis. Among the casualties are President Dilma Rousseff, impeached late August through a highly contested process; Eduardo Cunha, former House Speaker, now in jail for corruption, as are the former governor of Rio de Janeiro (and his wife), Sérgio Cabral. Former ministers of Presidents Lula and Rousseff are also in jail, such as the case of Antonio Palocci and Guido Mantega, both ex-Ministers of Finance. Former President Lula, his wife and son are all under formal investigation procedures by the Federal Police. The President of the Senate, Renan Calheiros, is hanging on by a thread, currently prosecuted on corruption charges. Just this month, he was almost forced by the Supreme Court to give up his position in the Senate, and is now legally impeded to serve as president if case be (he is #2 in the presidential succession line). Two weeks ago, President Michel Temer lost his sixth minister  – practically one per month – due to political scandals, and just last week the President himself was accused of receiving millions of dollars in bribes. And these are just highlights of the last months, which have been part of a wider troublesome period the country has faced in the past years. 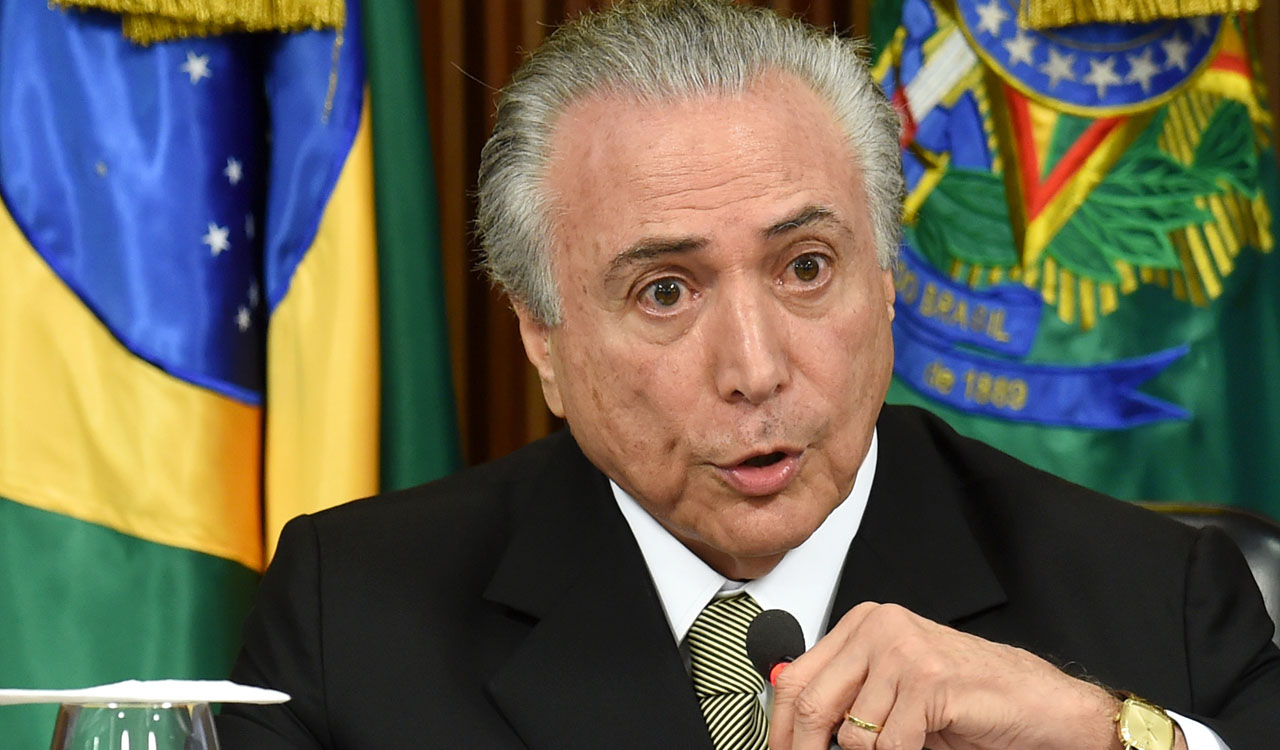 Given this gloom-and-doom scenario, the prospect of finding a silver lining appears built upon a naïve or flawed analysis. I argue that neither is the case. Notwithstanding all the gravitas, there are reasons to look at Brazil’s current situation and find hope. The logic here proposed hinges on two key elements: 1) long-term perspective, and 2) the relative strength of some democratic institutions.

Political scandals in Brazil are anything but new. What is novel, however, is to see a growing number of A-list political operatives appearing with handcuffs, having their mugshots taken and actually going to jail. Ask a Brazilian if ten or twenty years ago they would have ever imagined politicians such as the ones abovementioned actually going to jail, and even the most pessimist will agree that this is a different moment. Big league politicians in Brazil were mostly Teflon covered: even if there was a scandal, not much happened aside from public outcry, or an occasional political slap on the wrist. As said in Brazil, the scandals “ended in pizza”, i.e. had no consequence. Now, jail time for corruption is a real possibility, even for the powerful political elite. Given Brazil’s political history, this represents the significant paradigm shift.

The second element is the eagerness of juridical operatives in pushing forward the anti-corruption agenda, which has been greatly embraced by a public eager to see change in the feeling of impunity. To be fair, many have questioned the priorities of certain investigations, which some see as too avid to go after key figures in the left – particularly in the Workers’ Party (such as President Lula) – as opposed to members of parties tilted to the right. There might be a case for this reading, no doubt, as there seems to be less pressure to look into the latter. However, there is another valid possibility: the Workers’ Party led Brazilian politics between 2003 and 2016, so all investigations of high-level corruption in the Federal Executive government will have first looked at those in power positions – which happened to be from the Workers’ Party (or its political allies). In any case, the indictments and incarcerations have now affected the entire political spectrum, also reaching into former “untouchables” at the state level and in Congress. Again, while Brazil’s Judiciary is far from serving as an example to the world, it has a great deal of independence and is actively persecuting powerful political operatives – something to be recognized and appreciated.

Both these changes in the status quo vis-à-vis political corruption have occurred in an environment with increased public demand for transparency. Around 140 million people (two-thirds of the population) in Brazil have internet access, and Brazilians are the world’s second most active users of social media, rank first in the number of people of are online for more than one hour daily. Over 90% of Brazilian mobile users – a whopping 100 million people – have Whatsapp (an online free messaging app) on their phones. This means, among other things, that news travels fast. Of course, this does not mean the important (and correct) information will be shared, nor that the public will always mobilize once a scandal comes out – there is plenty of unresponsiveness to report. Nonetheless, the increased ability to connect and share information means it is harder to contain scandals once they are out, and easier for individuals and organizations to follow up on the aftermath of the revelations made. 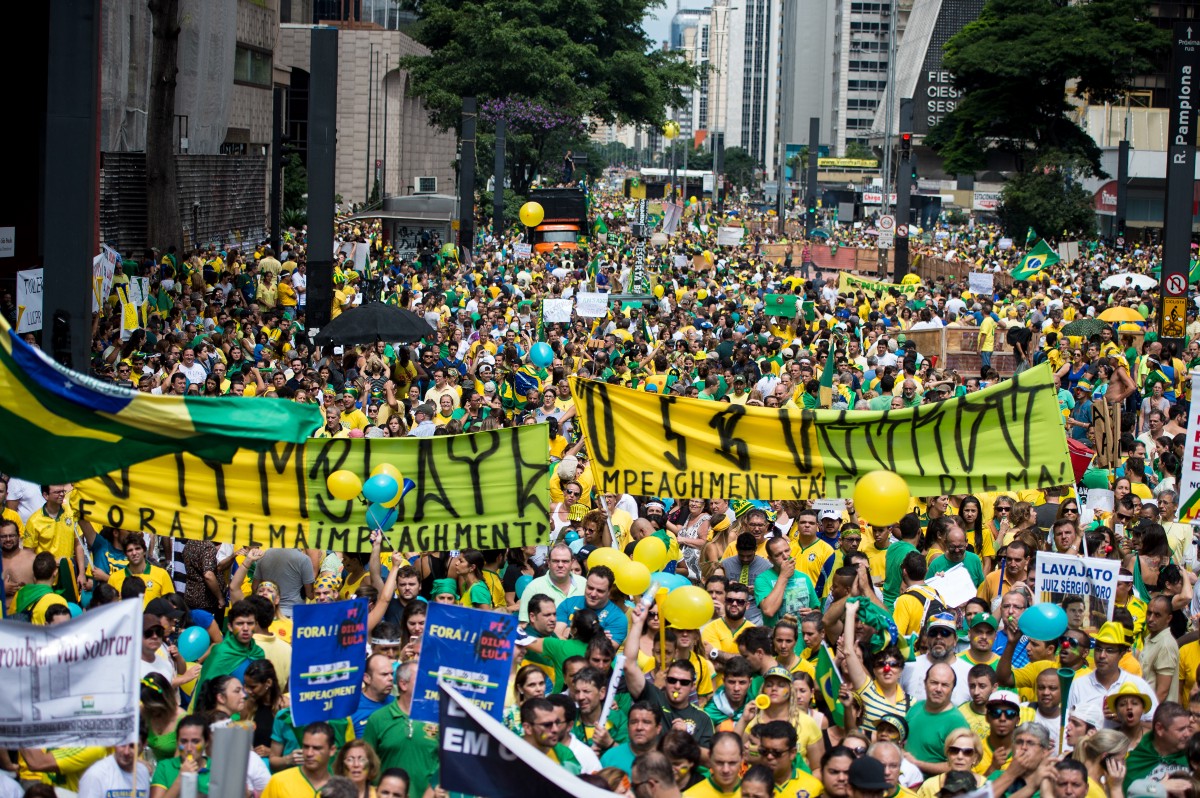 Finally, as one begins to tackle ingrained corrupted structures, especially the type entrenched over decades (centuries?), the more successful the operation to uncover wrongdoings, the uglier the picture. From this perspective, the daily revelations of corrupt arrangements at the highest echelons of Brazilian politics can perceived as a positive sign. Of course, there is plenty yet to be achieved. Not all of those who should be indicted have been, and not all of those who should be in jail already are or will be. It is also too soon to know if those who are now in jail will serve the full time they should. And yet, whatever progress made in the recent years in tackling corruption in Brazilian politics should also not be overlooked. Emerging countries know well that structural changes in this area are hardly easy or straightforward processes. Still, imperfect progress is better than no progress at all.

Déborah BL Farias has a PhD in Political Science (UBC), and is a lecturer at the University of New South Wales’ School of Social Sciences. An economist by training, she also has a bachelor degree in Law and a master in International Relations – all from Brazilian institutions. Since 2000, she has worked as a policy analyst and lectured at various universities in Brazil and Canada. Her main areas of interest involve the International Political Economy of rising powers – particularly Brazil, China, and India – and Global Environmental Politics (especially related to renewable energies).