Macedonia: Being a NATO member and identity politics

Thanks to Prespa Agreement, Macedonia’s name has been changed and NATO and European Union celebrated Greece’s ratification of this agreement.

The Prespa agreement brought the long-standing dispute to an end, one which had kept the small Balkan nation from becoming a member of NATO for decades.

The approval of the Macedonian Parliament seems to be the ultimate step in finalizing its dispute with Greece, holding the potential to be a Renaissance for Macedonia after a long and tortuous journey for Macedonians and the government of Prime Minister Zoran Zaev. However, Russia and the U.S still remain in a tug-of-war over the issue of Macedonia’s name change, locked ina game of thrones for influence over all countries in the region. 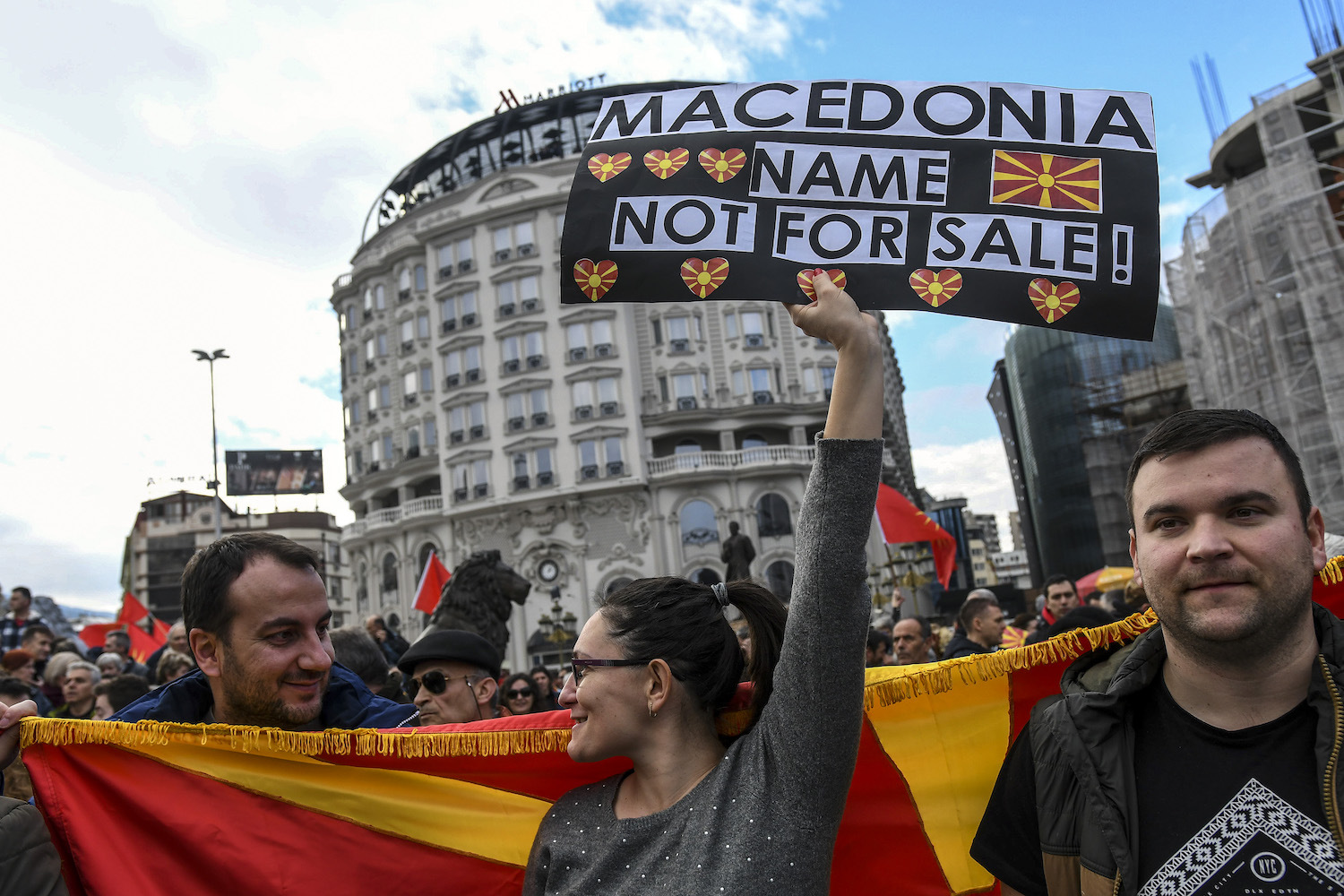 From historical legacy to modern identity

The dissolution, which began in the Eastern bloc in 1990 with the end of the Cold War, was also reflected in Yugoslavia and as in other autonomous republics within Yugoslavia. Macedonia took the name “Republic of Macedonia”, the same name as the territory claimed by Greece, with the referendum held in Macedonia on September 8, 1991.

Athens sees the name Macedonia as reflective of its heritage of culture and civilization on the grounds that it is the name of the region founded by the Macedonian-Greek Emperor Alexander the Great. Greeks, who see this name as a part of Greek culture, do not want the Macedonians, who are Slavs, to use this name, nor do they allow international organizations to use this name.

Greece continued to view the issue of the name of Macedonia as a threat to its territorial integrity in its northern regions. In 1993, Greece’s objections were deemed to be justified and the country was named as the Former Yugoslav Republic of Macedonia.However, the Greek people still insisted on not recognizing the Republic of Macedonia.

Despite such an uncompromising stance in Greece, Greek Prime Minister Aleksis Cipras said in a special statement to the centre-left Greek newspaper Ethnos that Greece would not have a problem in over the name of the Republic of Macedonia as long as the name was qualified. He said “it is not unreasonable to have the term ‘Macedonia’ included in a compound name, with either a geographical or a chronological qualifier, for all uses, to make absolutely clear that nobody claims another people’s land or history.” In response to that statement, hundreds of thousands of Greeks in the northern city of Thessaloniki rallied to protest against the use of the name “Macedonia” in any solution to a row between Athens and Skopje over the name of the former Yugoslav Republic.

The rift between Russia and the U.S in the region

The United States aimed at strengthening its hand against Russia in the region by winning over Prime Minister Zoran Zaev, who came to power last May, in order to secure his promise to resolve the name issue and to consider NATO membership as a priority.

That’s why it is very symbolic that at the start of the parliamentary session of voting, Prime Minister Zoran Zaev told deputies the name change would “open the doors to the future, Macedonia’s European future”, and to joining the North Atlantic alliance.

Nine of the region’s 12 countries (plus Kosovo, which is not a United Nations member) are in the North Atlantic Treaty Organization, and all the Balkan nations are either in the European Union or aspire to be in it.

Therefore, there is no doubt that the main objective of the U.S. in resolving this name controversy is that Macedonia’s entrance into the transatlantic alliance will help stabilize a historically unbalanced corner of Europe.

On the other hand, Russia, as the main foe of NATO, says that NATO membership of Balkan countries threatens the security of the region. Consequently, it continues its fight for influence in the Balkans. For example, in 2017, two Russian citizens were arrested in Montenegro in connection with a failed coup attempt to prevent the country from joining NATO, but Russia denied involvement.

Dimitar Bechev, a non-resident senior fellow at the Atlantic Council’s Eurasia Center and an analyst at Al Jazeera, explained Russia’s stance and aim in the region in his book “Rival Power: Russia in Southeast Europe”. He pointed out Russia’s lack of strategy in the Balkans and argued that Russia is playing an opportunistic game, trying to keep its Western adversaries off-balance and preserving its influence, if not on governments, then on segments of the population.

In his Ted Talk speech, British diplomat Paddy Ashdown, high representative of the International Community and EU special representative in Bosnia and Herzegovina, ex-Yugoslavia, read the poem of John Donne: “Any mans death diminishes me, because I am involved in Mankinde; And therefore never send to know for whom the bell tolls; It tolls for thee.” For him, it captures the fact that “in the Balkans, it is not events, but the interconnection between events that matters”. As the battle for influence in the Balkans continues, the region will remain embroiled in fierce contestation over its historical legacy.

Elif Selin Calik is journalist and independent researcher. She took part as one of the founder of In-Depth News Department on Anadolu Agency. She hold BSc in International Relations and Literature at Ankara and Selcuk University and MA in Cultural Studies at International University of Sarajevo. She gets her second MA in Global Diplomacy at SOAS, University of London.