Afghanistan: Beyond the Tashkent Summit

From March 25-27th, the Uzbek capital, Tashkent, co-hosted with the Afghan government the Afghanistan Peace Conference, a summit that took place just a few months after the Samarkand Security and Sustainable Development Conference. These events show that the region is seeking peace and stability as a primary objective in order to allow its full development as a secondary, but very important objective.  Both of these summits and the region’s organization towards peace are moving forward without foreign interference; hence the presence of only diplomatic representatives (and not foreign ministers) of the U.S., Russia, China, Iran, the KSA, the UAE and the EU…

Afghanistan has known many wars, but the latest one has been ongoing (in one form or another) since 1978. This contemporary war era is comprised of a series of events (insurrections, civil wars, American invasion) that are impacting the region at many levels and attracting unwanted foreign involvement. 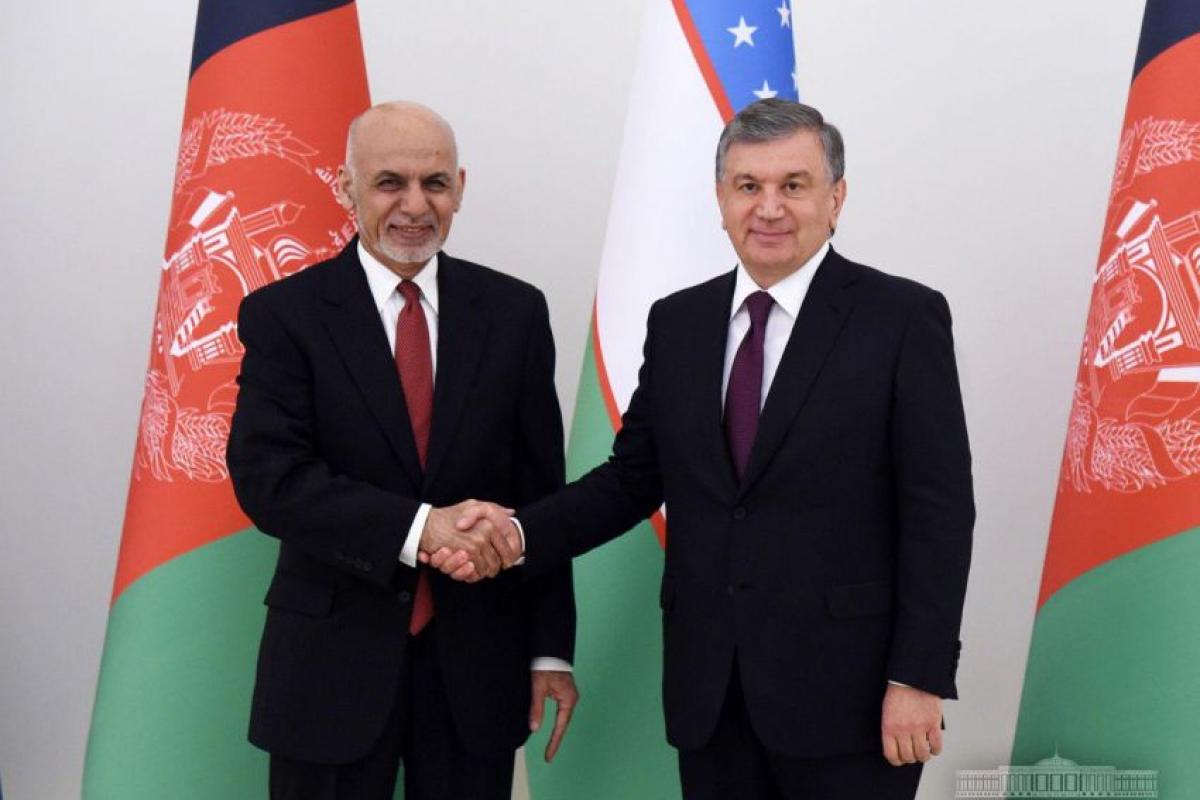 But What is Preventing Peace from Becoming a Reality in Afghanistan?

The answer is simple: The Taliban and the Islamic State Group.

The Taliban, an insurgent faction since 2002 (after having held power from 1996 to 2001), were trained in Pakistani madrassas. They were (and are still, according to some) supported by the Pakistani Inter-Services Intelligence and Military. The Taliban are mostly Pashtun (an Iranian ethnic group) tribesmen who live mainly in Pakistan (32 million), Afghanistan (14 million), Iran, the UAE, Russia, and Tajikistan, on top of having a diaspora scattered throughout the Western countries. The Taliban are a poorly-expressed expression of Pashtun nationalism that Pakistanis have encouraged to bloom in Afghanistan to avoid its development in Pakistan (an event that will upset the internal tribal balance in which the Punjabis are the majority).

The Taliban represent one of the most critical plagues of Afghanistan. We cannot ignore the parallels that exist with the current situation in the Middle East in which rifts abound. The Shia Hazara would be the equivalent of Iran. The Taliban would play the vicarious role of the PKK in Turkey, Iraq, and Iran. The Afghan government with its Pashtun president (Ashraf Ghani), its Uzbek vice-president (Abdul Rashid Dostum) and its Hazara vice-president (Mohammad Sarwar Danish) would represent Lebanese Confessionalism.

President Ghani, the Pashtun, tries to de-escalate the conflict by trying to secure the country while going to war against some of his compatriots who do not recognize themselves in the current government. Dostum, the Uzbek vice-president, attracts the sympathies and interest of neighboring Uzbekistan to forge stronger ties (a reason for holding the summit in Tashkent?). However, as he is a former communist general and a warlord known for his alliances with the victors of the various wars, Dostum draws the Taliban’s anger and is mistrusted by some Afghans. Finally, Danish, the Hazara vice-president, brings the wrath of the Sunni-Wahhabi Taliban and their Saudi and Pakistani allies.

The iceberg of Pashtun ethnicity has its visible part in Afghanistan, but its invisible part is the large demographic base and their sympathies, located in Pakistan, Afghanistan, and Iran. The contemporary regional divisions that the Sykes-Picot agreement questioned in the Middle East also exist in the Indian subcontinent. The religion-ethnicity coupling cannot form a stable compound for democracy. It only produces unstable compounds that are ready to burst at the slightest incident, especially when they are complicated by foreign powers who play their proxy wars in the region.

The latest proxy war is between Russia-USA, in which the Americans, who are helping the Afghan government fight the Taliban, have accused the Russians of assisting the Taliban, something the Russians obviously refute. The accusation seems plausible and, if true, the Russians are only retaliating against the Americans who supported the Mujahedeen in their struggle to drive the Soviet troops out of Afghanistan.

That said, the second obstacle to peace in Afghanistan is the Islamic State Group (ISG), who will be present as long as the Taliban problem exists. Since 2016, both the Taliban and the ISG have intensified their attacks in Kabul, killing and wounding hundreds without discrimination (Hazara, foreigners, military, foreign forces, and civilians). The specter of ISIS is looming over the Muslim world and is spreading like a cancer that must be stopped before it becomes widespread. If the Taliban problem in Afghanistan is resolved, the ISG will have no reason to exist in the country; hence the conference in Tashkent to find a modus operandi to bring the Taliban to sit at the negotiating table.

How to Bring then the Taliban to the Negotiation Table?

The Taliban will certainly not be brought to the table by being invited to do so by non-Muslim foreign powers, as was the case of the EU within the framework of the Tashkent Summit. This is the mistake that the West keeps repeating, having not learned from the mistakes of the past when invincible Afghanistan, the Graveyard of the Empires, rejected and has always opposed any foreign interference, something that China has understood for a long time.

The Taliban must refrain from imposing the values ​​of their ideology on the multi-ethnic and multi-faith Afghan state. Inventing a new formula in which all Afghans recognize each other is a priority.

To do this, Saudi Wahhabism must collaborate positively with Taliban Wahhabism. Saudi Arabia must become part of the solution. Why? Because Saudi Wahhabism accommodates with the United States and the European countries while Taliban Wahhabism rejects such accommodation. Saudi Arabia must move from an observer to an integral part of the solution. With the wind of change blowing through the Kingdom, there is reason to hope that it will reach Taliban Wahhabism. Saudi Arabia, as the holder of the same ideology as the Taliban, must act as a catalyst to bring them to the negotiating table and to accept the changes already made by Mohammad Bin Salman Al Saud.

Knowing that Iran and the Hazara plead for a peaceful coexistence of different ethnicities and religions in Afghanistan, sooner or later, the Taliban will be led to accept what is offered to them. It is imperative and relevant to urge the Taliban and their Saudi mentor to accept the offer of peace to ensure security in the region and begin its development.

Beyond the Shia-Sunni cleavage initiated and exacerbated by Bush in Iraq and that has continued in the Middle East, Saudi Arabia must appease the Taliban. This seems utopian as a solution, knowing that sooner or later, Iran will emerge victorious from the standoff with the Kingdom since Iran is part of the movement of progress and modernity because of its discipline and a rationalized and contextualized theology, whereas Wahhabism is part of a backward-looking movement and regression to sclerotic and obsolete theology.

That said, the solution for Afghanistan cannot be an externally imposed solution. It can only be a solution whose catalysts are Muslim and one that obeys Muslim values. The Taliban manipulate the signs and symbols of religion, even pushing the non-Taliban Pashtun to bow down. The Taliban must be fought with the same weapons that are Islamic values, and they must be recognized as part of the solution.

This much-sought solution lies in the economic and social development of Afghanistan, in which everyone has to win and whose potential is enormous. Afghanistan is of paramount strategic importance at all levels: the country is at the crossroads between the Arab, Persian, Turkish, Chinese and Indian worlds. With its borders with China, Pakistan, Iran, Turkmenistan, Uzbekistan, and Tajikistan, it can open up the countries of Central Asia and bring them closer to the sea by land. Moreover, port and transport infrastructure projects abound in the whole region. Afghanistan is also part of the Belt and Road Initiative, China having understood the country’s importance regarding the economy, connectivity, foreign policy (to counter-attack India’s rise in the region and to decrease the unwelcome American presence there) and security in its restive Muslim province, the Xinjiang.

Due to the succession of wars and its mountainous geography, the country suffers from a glaring lack of infrastructure. Afghanistan’s economy relies on agriculture and the cultivation and sale of opium (a plague that is increasingly ravaging Afghan society). Afghanistan does exploit (or only does so to a very limited extent) its untapped mineral deposits estimated at more than one trillion dollars, making the country one of the least developed on the planet. Northern Afghanistan has 2.9 billion barrels of crude oil, 440 billion m3 of natural gas, and 562 million barrels of natural gas liquids. Afghanistan has significant amounts of copper, gold, coal, iron ore, and other minerals including rare earth elements. The country has even been labeled the ‘Saudi Arabia of Lithium.’ It is no surprise that China is increasing its presence in the country, seizing the opportunity through several projects and contracts (i.e., the development of oil fields by China National Petroleum Corporation). India is doing the same (i.e., mining rights in Central Afghanistan granted to Steel Authority of India).

Transport and infrastructure must be developed as a first step to boost the Afghan economy, and that is why neighboring powers are bidding and winning contracts while the Western countries are conspicuously absent in the process, knowing their usual modus operandi (the Middle East and its oil reserves serve as a regional  example). Social development will finally become a reality with new roads and infrastructure allowing hospitals and schools to be built in previously neglected areas. Afghanistan can count on its highly skilled diaspora that includes doctors, professors, engineers and entrepreneurs to bring innovation, change, and modernism. Imagine the potential this could unleash! All of this progress could be possible once the security issue is tackled once and for all with the Taliban, and the corruption of the elites and elected officials brought to heel with the rule of law, Afghanistan being one of the most corrupt countries in the world (rank: 177 out of 180 in 2017)… but that will be another battle!

Fatima-Zohra Er-Rafia is a lecturer at HEC Montréal and Polytechnique Montréal, a consultant, and an independent researcher. She holds a Ph.D. in Business Administration with a focus on China and Japan. Dr. Er-Rafia specializes in cross-cultural management, international affairs, strategy and organizational behavior. Her focus is on Weberian sociology, politics, economics, and history, and she uses aspects of all these disciplines to study Asia.

Dr. Er-Rafia previously served as a Corporate Strategist at Desjardins Group and as a Management Consultant, Director of Operations, and a Strategy and Business Development Consultant at Stratégies Internationales. She provides training for Business Executives at the international level and regularly gives presentations about Asia’s geopolitics, and its business, management, and culture. She is the recipient of several honors and awards and author of two book chapters on China and Japan, several articles and over twenty business case studies.